URGENT: Click here to vote APROKOREPUBLIC as the best online news blog 2019. Just type “I VOTE FOR APROKOREPUBLIC.COM” in the comment section.

The minister, who tweeted this via his Twitter handle @ChibuikeAmaechi, did not state when the inspection tour took place.

Amaechi praised his wife, saying, “Her support is unquantifiable.”

Behind a successful man, there’s a woman! Today, madam followed me to see for the first time the ongoing work on the Lagos – Ibadan rail line. She saw why I spend so much time on this project site & had plenty to say about the project. Her support is unquantifiable. 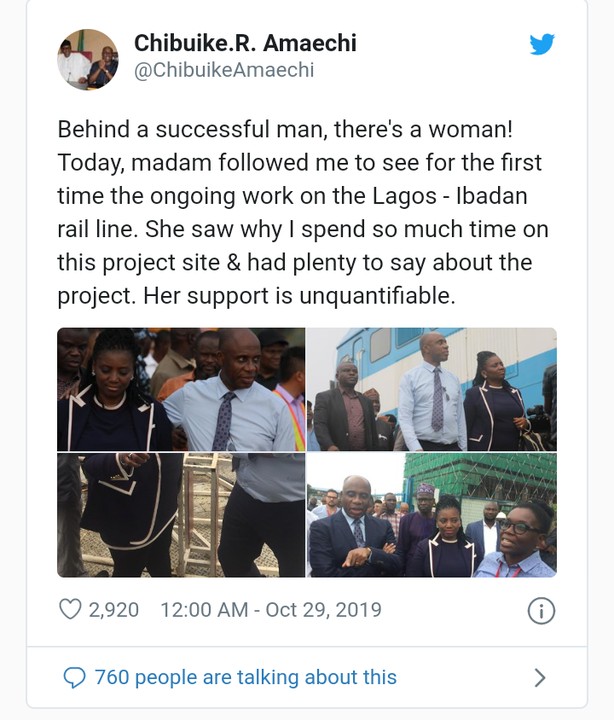